How Does Music Affect Society? 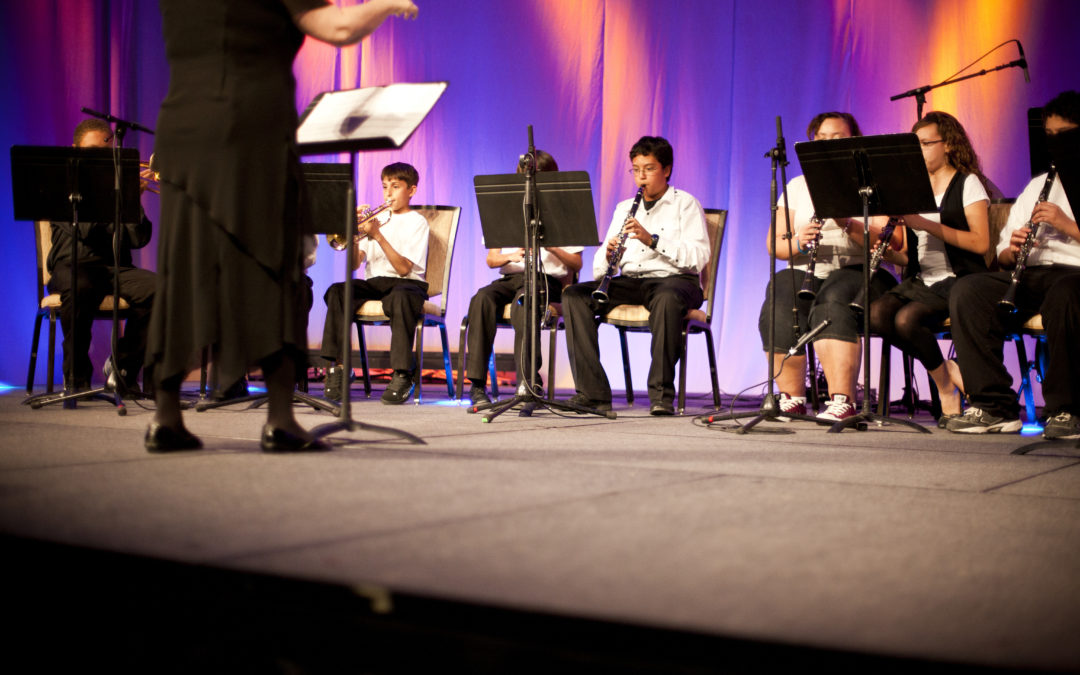 Music has shaped cultures and societies around the world, passed down from generation to generation. It has the power to alter one’s mood, change perceptions, and inspire change. While everyone has a personal relationship with music, its effects on the culture around us may not be immediately apparent. So, how does music affect society? The impact of music on society is broad and deeply ingrained in our history. To demonstrate how deeply our lives are affected by music, let’s delve into the sociological effects of music and how it affects culture.

How Does Music Affect Society

Music is an essential aspect of all human civilizations and has the power to emotionally, morally, and culturally affect society. When people from one culture exchange music with each other, they gain valuable insight into another way of life. Learning how music and social bonding are tied is especially crucial in times of conflict when other lines of communication prove to be challenging. Music, as a cultural right, may aid in the promotion and protection of other human rights. It can help in the healing process, dismantling walls and boundaries, reconciliation, and education. Around the world, music is being used as a vehicle for social change and bringing communities together.

At the core of our everyday experience with music, we use it to relax, express ourselves, come to terms with our emotions, and generally improve our well-being. It has evolved into a tool for healing and self-expression, often dictating how we, as individuals, take steps to impact society.

Why is Music Beneficial to Society?

Music has the power to connect with and influence people in a way that feels fundamentally different from other forms of communication. Humans often feel that “no one understands them” or knows how they “truly feel.” Many resort to music to find connections with others to express themselves or find a sense of understanding among peers.

How does music affect our lives? Music has the ability to deeply affect our mental states and raise our mood. When we need it, music gives us energy and motivation. When we’re worried, it can soothe us; when we’re weary, it can encourage us; and when we’re feeling deflated, it can re-inspire us. It even functions to improve our physical health, as it’s been proven that high-tempo music results in better workouts. We connect with others via music, especially those who produce or perform it — we recite their lyrics, dance to their melodies, and form a sense of connection through their self-expression.

Songs and melodies have the power to inspire people, guide their actions, and aid in the formation of identities. Music can unite people – even if absorbed in solitude, capture your imagination and boost creativity. A person who has been affected by music is not alone. They are among the masses trying to find their role in society and form connections with others. Thankfully, while it can help us “find ourselves,” music influence on society can also be seen in:

– Providing a platform for the underrepresented to speak out

– Bridging a divide in communication

– Creating a venue for education and idea-sharing

Music’s Effect on Our Thoughts and Actions

Music’s effect on the self is far-reaching, tapping into our memories, subconscious thoughts, emotions, and interests. Thanks to the music artists who have put their heart and soul into creating, we feel connected with other people and their difficulties, challenges, and emotions. So much about our brains is still being discovered but through neurology, we are learning more and more about how music affects us.

We all know that being exposed to music’s beauty, rhythm, and harmony significantly influences how we feel. We also know that music emotionally impacts us, reaching into forgotten memories and connecting us to ourselves. Music therapy is often used to improve attention and memory, and can have a positive effect on those suffering from dementia or Alzheimers. Music has the potential to be a powerful healing tool in a variety of ways and pervades every aspect of our existence. Songs are used to define spiritual ceremonies, toddlers learn the alphabet via rhyme and verse, and malls and restaurants, where we choose to spend our free time, are rarely silent.

But how much can this ever-present object influence our behavior and emotions? According to research, music has a significant impact on humans. It can potentially affect disease, depression, expenditure, productivity, and our outlook on life. The impact of music on our brain is being better understood thanks to advances in neuroscience and the examination of music’s impact on the brain. It has been shown via brain scans that when we listen to or perform music, nearly all brain regions are active simultaneously. Listening to and making music may actually changes the way your brain works.

According to studies, music impacts how we view the world around us. In a 2011 research paper, 43 students were given the job of recognizing happy and sad faces while listening to happy or sad music in the background by researchers from the University of Groningen. Participants noticed more cheerful faces when upbeat music was played, while the opposite was true when sad music was played. According to the researchers, music’s effect might be because our perceptual decisions on sensory stimuli, such as facial expressions in this experiment, are directly impacted by our mental state. Music triggers physical responses in the brain and puts in motion a series of chemical reactions.

In the book, Classical Music: Expected the Unexpected, author and conductor Kent Nagano spoke with neuroscientist Daniel J. Levitin on how music interacts with the brain. The sociological effects of music can include the improvement of people’s well-being due to chemical reactions in the brain, such as an increase in oxytocin. Oxytocin, or the “love hormone,” makes us more inclined to engage in social interactions or build trust between individuals. Music also boosts the synthesis of the immunoglobulin A antibody, which is crucial for human health. Studies have also shown that melatonin, adrenaline, and noradrenaline levels increase after only a few weeks of music therapy. The hormones noradrenaline and adrenaline cause us to become more alert, experience excitement, and cause the brain’s “reward” regions to fire.

The Cultural Impact of Music

Today’s popular music reflects the culture of the day. But, how does music affect society over time? How has music changed over the past century? In the lyrics and sound of each era, we can discern the imprints of a particular generation and see history in the making. And, in this day and age, culture is changing faster than ever before, mirroring musical forms that are evolving and emerging at the same rate.

For decades, the effects of music on society have been a source of contention, and it seems that with each generation, a new musical trend emerges that has the previous generations saying, “Well back in my day, we had…”. Music and social movements are intrinsically linked together. Almost every popular kind of music was considered scandalous back in the day, and the dancing that accompanied jazz, rock ‘n’ roll, and hip-hop drew protests and boycotts from all around. Just look at The Beatles, who were considered scandalous by the older generation when they first arrived on the music scene.

While we may not like a new music trend or a particular genre of music, we must also take a step back and appreciate how lucky we are to be exposed to it at all. Music in some parts of the world is not as easily accessible. While music has always been a means of pushing the boundaries of expression, it’s clear that the world isn’t expressing itself in the same way. The various musical trends we’ve seen in just this lifetime provide an insightful look into what is and isn’t being discussed in some cultures.

Music as an Agent for Change

Another essential factor to consider is how strongly music influences society and, thus, human behavior. Music’s impact on human rights movements and its role as an agent for change is clear in the history books. One example is the impact of the “freedom songs” of the Civil Rights movement, such as “We Shall Overcome” and “Strange Fruit.” These songs broke down barriers, educated people, built empathy across the divide, and had a hand in ending segregation. Music today continues to shed light on the inequalities experienced by people worldwide, and it’s clear that music will never stop acting as an agent for change.

Because of how strong of an influence melodies and lyrics have on society, we must be acutely aware of our current culture. Still, more importantly, we must be conscious of the cultures we wish to build and develop via our music. Songs have the power to change the world in unexpected ways, challenging preconceived notions and shedding light on issues that have historically been ignored.

How does having music education impact youth? We know from our experience that music in schools improves student, teacher and community outcomes – and in turn, society, specifically the future generation. In a case study about our work in Newark, NJ, 68% of teachers reported improved academic performance. 94% of teachers also saw improvement in social-emotional skills. Schools saw better attendance and ELA (English Language Arts) scores.

Another example of this is our work in Metro Nashville Public Schools, which has been a partner district of Save The Music since 1999. Students who participated in music programs for up to one year had significantly better attendance and graduation rates, higher GPAs and test scores, and lower discipline reports than their non-music peers. Students with more than one year of music participation performed significantly better than their peers with less on each of these indicators.

We Invest in Music in Schools

Whether you’re a music buff or not, anyone can appreciate the impact music has on society. A great way to show this appreciation is by being part of music’s impact on the world and learning how you can help facilitate change. Save The Music is a music foundation that collaborates with public school districts to provide grants for music education instructors and school administrators in the form of new instruments, technology, and online music education. Our initiative helps schools get their music programs off the ground and keep students inspired.

Contact us today to learn how you can save the music through our music education advocacy programs.